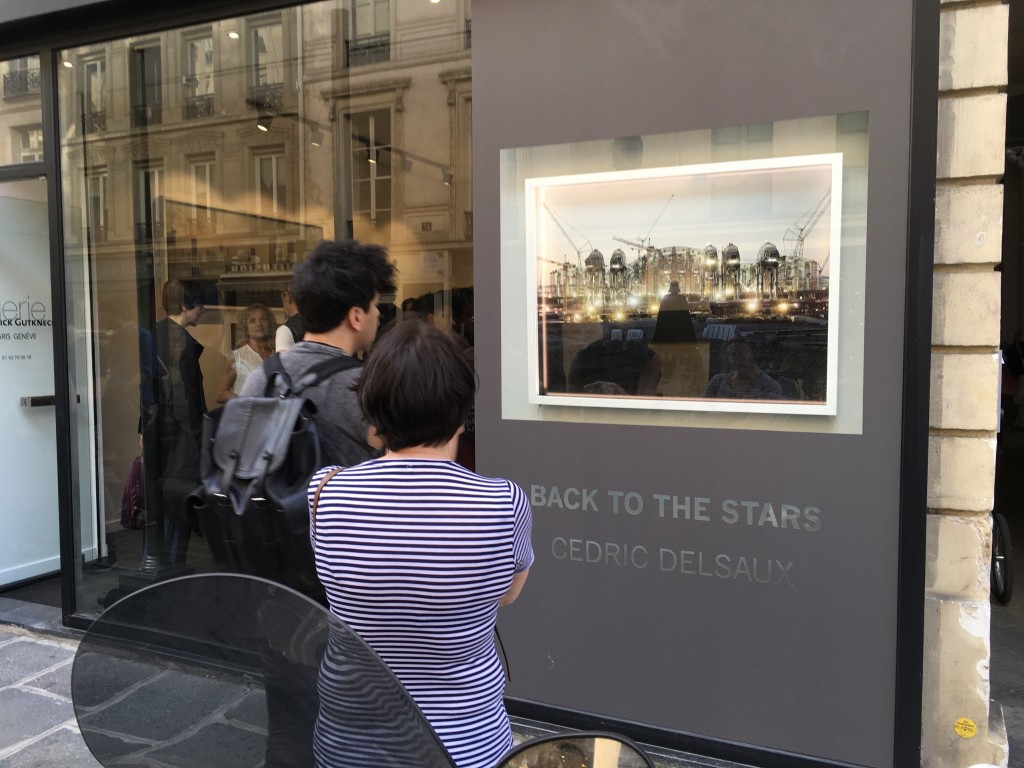 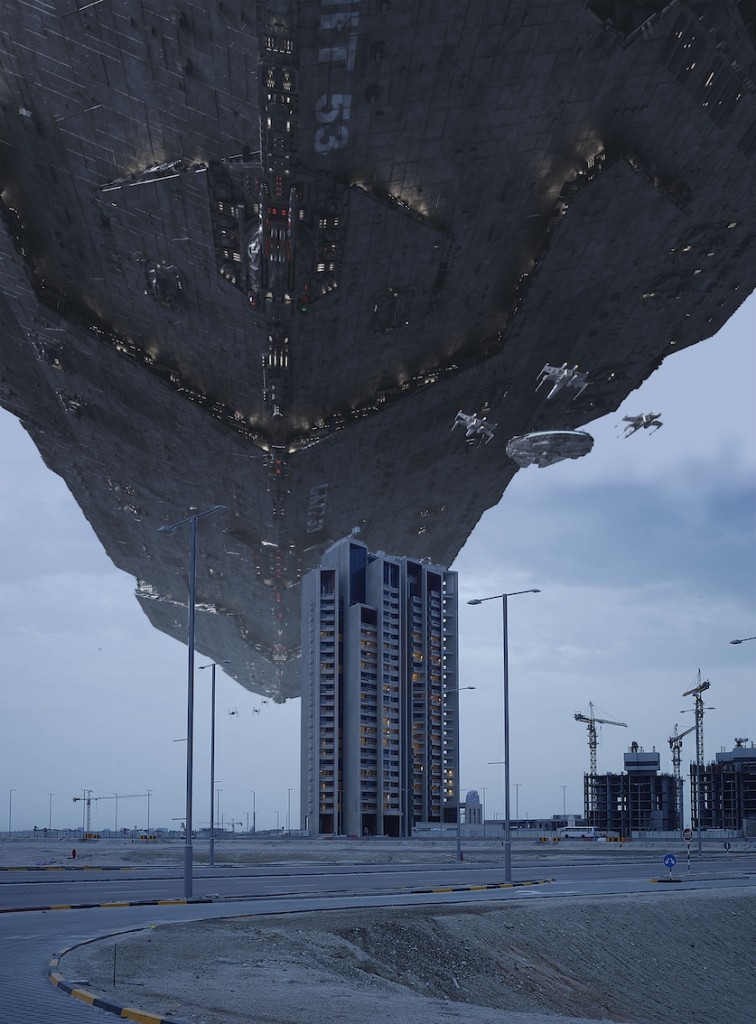 With his work Dark Lens, Cedric Delsaux has been labeled the “Star Wars photographer.” The French man Photoshopped the saga’s characters into real-world situations, creating a body of work that went viral a few years ago. This approach is indicative of Delsaux’s take on photography. “For a long time, we all believed that photographers were here to show reality, to reveal what had happened, but we’ve since realized that it wasn’t that simple,” he says. “Photography only reconstructs reality through a particularly convincing illusion.”
“I’ll use it to say something about us.”

“Over the years, many artists have interpreted Star Wars in ways that extend well beyond anything we saw in the films. One of the most unique and intriguing interpretations that I have seen is in the work of Cedric Delsaux, who has cleverly integrated Star Wars characters and vehicles into stark urban, industrial – but unmistakably earthbound – environments. As novel and disruptive as his images are, they are also completely plausible.”
George Lucas

the moment when Cédric discovers his photo as a lightbox : 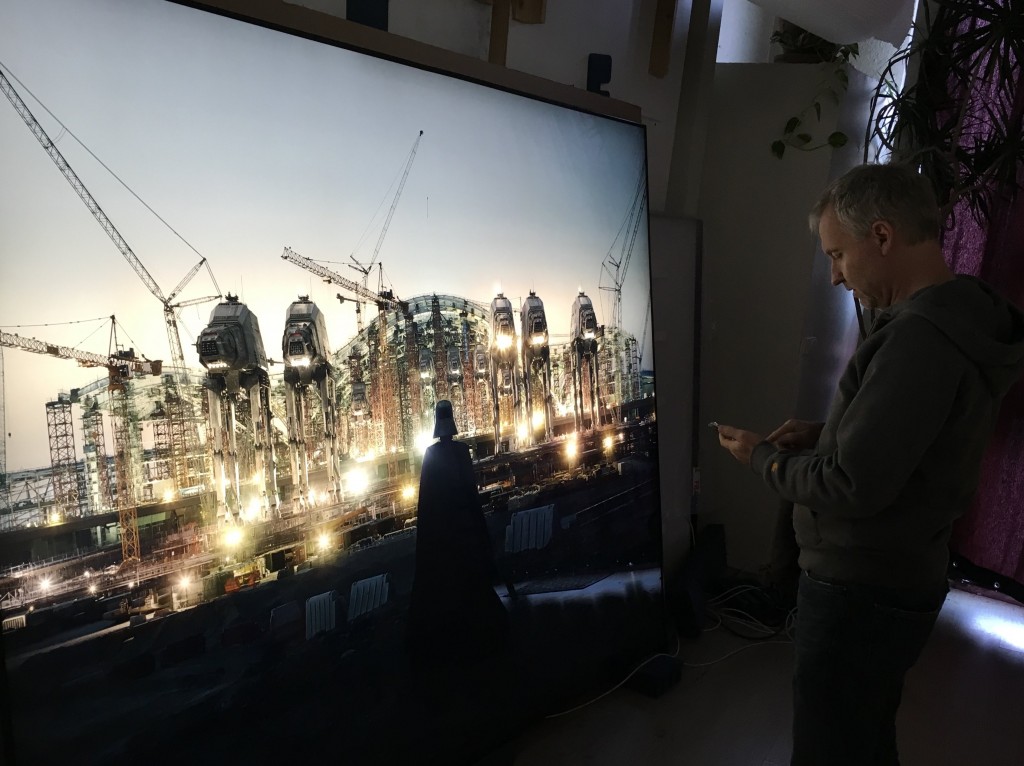 Hélène Delprat is an insatiable devourer and collector of the images. She proposes a world of the visual thoughts, a little theatre of the methamorphosis, a burgeoning curiosity cabinet, an extravagant encyclopedia of the living, being guided by the associations of ideas, words, images as well as by the current or archives events. The world of Hélène Delprat is one of great wealth. The immense paintings overlook draws, traced designs, collages, films, photographies. Including a dozen of light boxes manufactured by Société Lumière.